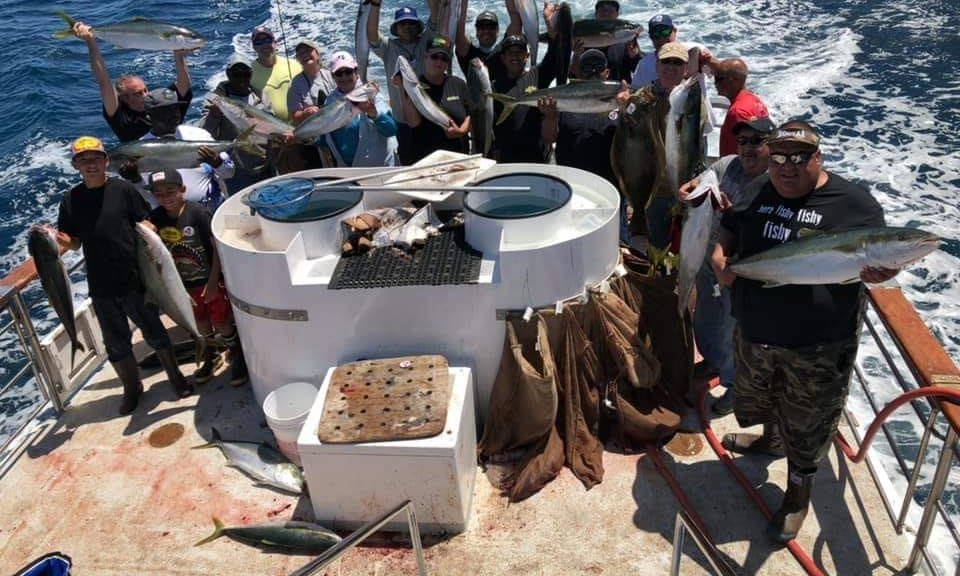 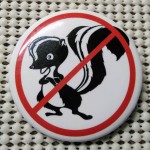 21 passengers boarded the Gail Force out of LA Harbor Sportfishing, leaving the dock at a little before 5:00 AM Sunday morning.  My friend Danny arranged the trip for my birthday.  After doing the same for several years now, it has become an annual event, filled mostly with friends of ours.

We had Captain Jared Malott at the helm, Calvin and Steve on deck, and Mark in the Galley, as well as helping on deck.

We arrived at Catalina Island after a smooth ride out.  Passing Avalon and going around the back side, we stopped at several spots with minimal results.  One nice halibut and a handful of legal calico bass and more shorts, minimal water movement, I was afraid it was going to be another slow trip.

A stop while working our way around the other side produced one nice grade yellowtail, then another.   A pick bite turned into a steady bite, and finally at times a wide open bite.  We ended up spending the rest of the day there and leaving a bit earlier than our scheduled departure because we were out of bait!

We ended up with 60 yellowtail, most around 18-22 pounds, plus the one halibut.  The crew worked hard to make sure everyone had a fish, ran around like crazy, and broke several gaffs!

Thanks to all of the crew for a fabulous trip, and to all my friends for coming out!  Also, thank you Mark in the galley for the wonderful birthday cake!  I can’t wait to do it again next year!

The Gail Force is available for charter, with occasional open party trips!  For information on the Gail Force, visit: 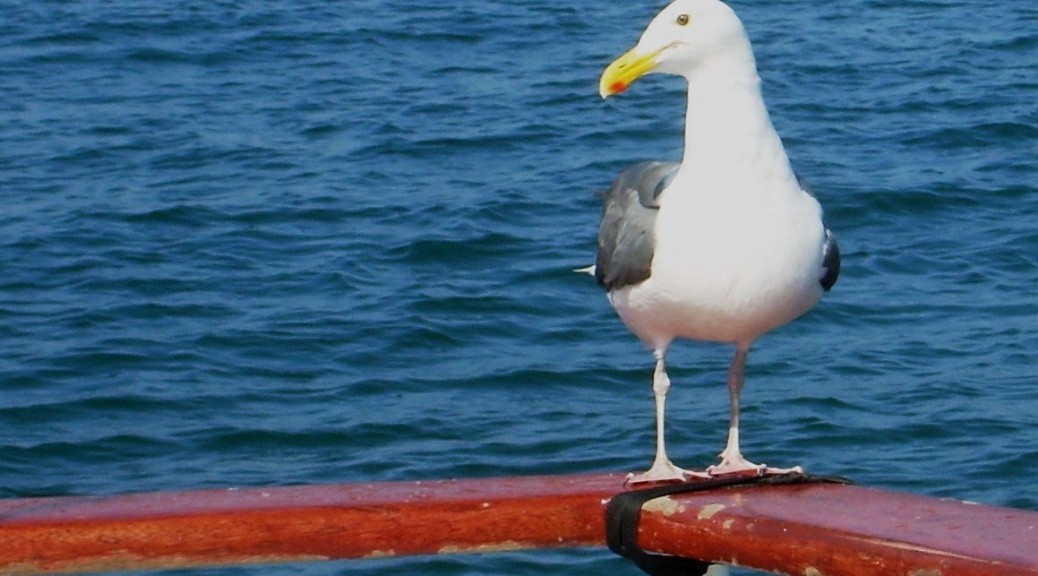 I was looking for a weekend trip and totally struck out.  Everything was booked.  I did find that the Triton was running some open party trips mid-week.  I was itching to get out while they’re biting, and secured Monday off, then booked a spot for that day.

Sunday was sweltering in my house, so I decided to forego the cookies I usually baked for the crew of this boat.  First question from Mikie and Captain Bryan when we boarded at o’dark-thirty…  Sorry guys…

So we had Captain Bryan Holton at the wheel, Mikie and Jack on deck, Jeff cooking, and 27 optimistic anglers rigging up.  We hit the bait barge for some nice sardines, waited for the boat to finish a set to get some anchovies, and off to the Horseshoe area to look of those yellowtail that had been biting.

Two anchor sets produced nothing, but it was barely light out.  I had a breakfast burrito and tossed a sardine out at our third anchor stop (on the 105).  Charlie was standing next to me and hooked up first.  He’d been dragged almost to the bow when I hooked up too.  I felt some drag on the line… darn thing had found the one small patch of kelp we were near.  Jeff was on deck out of the galley and strummed a short session of “Guitar Hero” on my line and coaxed the fish out of the kelp and I was off and chasing it toward the bow.  In the meantime, Charlie had lost his fish.  Jeff gaffed my yellowtail just under the wheelhouse.  Capt. Bryan leaned out the window… “Lady Luck is on the boards!”

Tagged and bled and in the trash can… I threw out another sardine and waited.  Several more hook ups put two more fish on the boat, with a couple more lost.  I got bit again, another trip to the bow, another fish on the boat.  I had two fish tagged by 7:15.

It was a slow and steady pick. We’d hang 3-4 in waves, land a couple.  Charlie got bit again and landed a nice yellowtail.

By 9:30 the bite was pretty much wrapping up.  I landed my fifth, putting the total for the boat at 18.  Capt. Bryan was on deck when I walked by with that last one, and asked if I’d had enough yet.  “Yeah, let’s go fish for sandbass!”  He just shook his head….  20 minutes later I pulled up a fat sandbass!  By 10:00 the yellowtail bite was completely over, and we had a total of 20 yellowtail.

We made a couple of moves, and anchored on the middle grounds just around 11:00.  We’d been sitting just a few minutes and the barracuda started biting.  They went pretty wide open.  With jigs flying I opted to stay in the galley and order lunch.  As good as the burgers smelled, when Jeff said he could whip up some bacon fried rice I went for that, and a cold beer!

The sardines were about gone.  Capt. Bryan stopped a couple more spots and the crew threw the small anchovies.  I tried a few surface irons, tossed a mega-bait.  No one was catching much of anything.  At 2:30 we ran over to hand some anchovy off to the Southern Cal, then the crew pulled the fish up and started filleting.  We got back to the dock a little after 4:00.

In the end, the key for the catch today was a long soak and a lively bait.  The sea lions were a problem all day, racing around grabbing hooked baits and chasing the chovy thrown for chum.  (Fortunately they seemed to have no interest in our hooked fish!)  Most of my fish bit a long ways from the boat, and we had light current, so a long cast past the sea lions and a strong bait that would swim a long ways from the boat were key.

Thanks again to the Captain and crew of the Triton!  Nice day with beautiful weather.

Loaded up with mostly friends of mine (few spots had to go open party). We stopped at the bait dock for a load of smaller sardines, plus a load of larger sardines with some huge mackerel mixed it. It looked like we had some awesome ammunition to get them good at Catalina.

Saturday they had been out with a charter group… 40-some close friends! (Yikes! The boat is coast guard approved for that, but that’s going to be pretty crowded!) Captain Joel put them on a great bite of yellows and they put about 50 of them on the boat, so we were all stoked and excited.

I rigged up and caught some zzz’s on the way to the island. Nice ride in calm seas with a little overcast. We set up on a spot and the bass started biting within minutes. The smaller sardines were the perfect bait for them!

The bad news was most of those bigger sardines rolled on the way to the island.

Jeff Dalton got a really nice yellowtail fairly early, finding one of the larger sardines that made the ride over. I threw a mackerel at them that generated no interest, no one else got anything in the water that would entice them at that time either…

We made a bunch of moves… Lots more bass, most of them released, and a few smaller yellowtail pretty much rounded out the day.

Mike made me a huge birthday double burger that was very messy and very good!! There were also Jim Racela’s flaming Spam balls, and some chocolate chip cookies (I gave Danny my secret recipe and he did a great job on them!! ).

Always a good time on the Gail Force! This is a great boat to charter for a small group, their regular load is 20 people but if you like a crowd you can put more on there…